There are a very small number of actual specialists in the subject because of the enormous breadth of liver pathology, which requires a lifetime of study and experience to even attempt to master. Therefore, the goal of this chapter is not to make the reader one of those experts but rather to provide a useful overview of some of the most prevalent and significant entities found in the field of paediatric liver pathology. Neoplastic liver and nonneoplastic liver are the two main categories of liver pathology. The majority of samples that a pathologist sees under the microscope are nonneoplastic, but of course,

The trajectory of a child’s and their family’s lives can be drastically altered by liver tumours and a proper diagnosis. Last but not least, the practise of liver pathology is one of the branches of pathology that largely depends on the opinions of the multidisciplinary group, which includes hepatologists, radiologists, surgeons, and oncologists among many others.

Cirrhosis of the liver’s pathogenesis

Cirrhosis of the liver is the pathological conclusion of a number of chronic liver illnesses, while fibrosis is the condition that precedes cirrhosis. The development of liver fibrosis and cirrhosis depends on numerous cell types, cytokines, and miRNAs. Hepatic stellate cell activation (HSC activation) is a crucial step in the fibrosis process. Hepatic dysfunction in liver cirrhosis is primarily caused by the liver sinusoidal endothelial cells’ defenestration and capillarization. Hepatocytes are destroyed by activated Kupffer cells, which also encourage the activation of HSCs. The pathophysiology of cirrhosis is influenced by repeated cycles of hepatocyte death and regeneration. Numerous cytokines participate in signalling networks that control the activation of HSCs and fibrogenesis at the molecular level.

What factors lead to various forms of liver disease?

Different reasons lead to various forms of liver disease. Liver illness can be brought on by:

Immune system issues: Autoimmune liver illnesses can be caused when your immune system unintentionally targets your liver. These include autoimmune hepatitis and primary biliary cholangitis.

inherited diseases: Some liver issues arise as a result of a genetic disorder (one you inherit from your parents). Hemochromatosis and Wilson disease are two examples of inherited liver conditions.

Cancer: Tumors may form in your liver when abnormal cells proliferate there. These tumours could be malignant or benign (noncancerous) (liver cancer).

What is gastrointestinal pathology?

Surgical pathology includes gastrointestinal pathology as a specialism. It addresses the diagnosis and classification of conditions affecting the liver, pancreas, and other digestive tract and other organs. 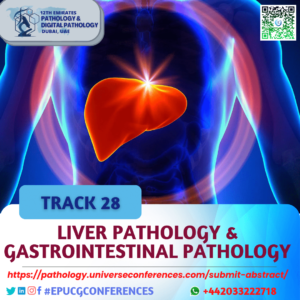