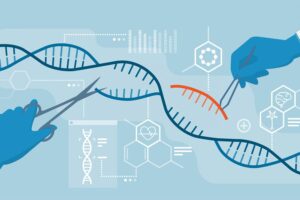 The 2020 Nobel Prize in Chemistry was awarded to two successful scientists, Jennifer Doudna and Emmanuelle Charpentier, and their study topic, CRISPR. After that, everyone’s eyes turned to the field of CRISPR. They started to wonder more.

So, what is the CRISPR system? Let’s look at this issue in more detail.

Discovery
The discovery of clustered DNA repeats has occurred independently in three regions of the world. The first description of this work, later called CRISPR, was made in 1987 by Osaka University researcher Yoshizumi Ishino and colleagues. They cloned part of the CRISPR sequence from the E. coli genome along with the “Lap” gene. The organization of the repetitions was unusual. Repetitive sequences were typically arranged sequentially, with no interspersed distinct sequences. The researchers did not know the exact function of the truncated and clustered repeats. (1,2)

In 1993, Mycobacterium tuberculosis researchers in the Netherlands published two papers on directly repeating sequences in this bacterium with a series of discontinuities. They noticed the diversity of sequences that directly interfere with repeats among different strains of M. tuberculosis and used this feature to design a typing method called spoligotyping, which is still in use today. Francisco Mojica of the University of Alicante in Spain studied the repetitions and their functions observed in archaeal organisms of the species Haloferax and Haloarcula. Transcription of truncated repeats was also noted for the first time; this was the first full characterization of CRISPR. Of course, the work done is not limited to this. In the 2000s, the work continued without slowing down and it still continues today. (3,4,5)

Different Systems Associated with CRISPR
An important contribution to the understanding of CRISPR came with Jansen’s observation that the prokaryote repeat cluster is accompanied by a set of homologous genes that make up CRISPR-associated systems, or cas genes. Four cas genes were initially recognized. Cas proteins, helicase and nuclease motifs were demonstrated, suggesting a role in the dynamic structure of CRISPR loci. Experimental studies by several groups have revealed the basic mechanisms of CRISPR-Cas immunity. In 2007, the first experimental evidence that CRISPR is an adaptive immune system was published and data presented. In the following years, different bacteria were also examined, and similar mechanisms were revealed. (6,7)

Cas Genes and CRISPR Subtypes
Small cas gene clusters are often found next to CRISPR repeater sequences. Collectively, the 93 cas genes are grouped into 35 families based on sequence similarity of the encoded proteins. Eleven of the 35 families form the cas core, which contains the protein families Cas1 to Cas9. A complete CRISPR-Cas locus has at least one gene belonging to the cas core. In fact, this topic is very broad. So much so that separate articles were written for each cas gene. (8) Writing continues. Because with each study, new information is obtained. But for now, we’ll keep the information short.

CRISPR Mechanism
The CRISPR-Cas system is a natural process of bacteria and archaea. CRISPR-Cas breaks down foreign nucleic acids entering the cell, preventing bacteriophage infection, conjugation, and natural transformation. The CRISPR mechanism does not occur in a single step. It consists of several titles. These titles include spacer recruitment, protospacer contiguous motifs, and splice variants. After these sections, biogenesis and interference stages occur in sequence. (9,10)

Gene Editing with the CRISPR System
CRISPR technology has begun to be applied in the food and agricultural industries to design different cultures beneficial to human health and to immunize industrial cultures against infections. It is also used to increase yield, drought tolerance and nutritional value in crops. The technology is used to functionally inactivate genes in human cell lines and cells, to study the structures of different bacteria, and to genetically modify crop strains. In addition to these studies, CRISPR is also used to modify mosquitoes so that they do not transmit diseases such as malaria. In addition, CRISPR-based studies using Cas12a, one of the cas genes, have recently been used in the successful function of many plant species. (11,12,13)

Using CRISPR as a Diagnostic Tool
By combining CRISPR-based diagnostics with enzymatic processes, detection of other molecules beyond nucleic acids is possible. An example of the combined technology is the SHERLOCK-based In vitro Transcription Profile. SPRINT is used to detect various substances, such as metabolites, in patient samples with the highest efficiency. (14,15)
As we said at the beginning, CRISPR is a really long and detailed subject. In order to understand and explain the subject, it is necessary to read articles, watch videos and presentations in detail. This area will also be of great importance in the future. New research and studies will emerge. 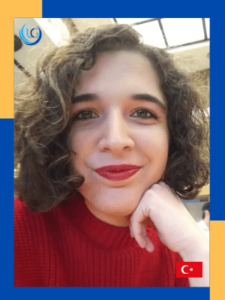 Ms. Ayça Nur Demir will be presenting her research work at the 8th Emirates Pathology & Digital Pathology Conference on August 10-11, 2021. Join her by registering at the conference: https://pathology.universeconferences.com/registration/ 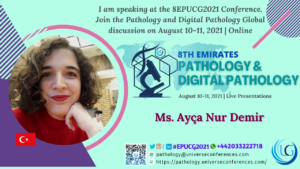