Cytopathology is the study of individual cells taken from tissues using specialised diagnostic techniques in order to pinpoint the cause and type of a disease.

Cell samples may be collected throughout routine diagnostic procedures including bronchoscopy and cystoscopy. Certain techniques, such as the Papanicolaou test, commonly known as the Pap test or fine-needle aspiration, can be used to harvest cells from specific locations for diagnosis.

Even though analysing a cell sample is typically a short process, doing so correctly requires specialised knowledge in order to identify cells that could jeopardise a patient, such as precancerous, cancerous, or infectious cells. This work is performed by a competent cytopathologist, a physician who has undergone additional training in the accurate analysis and interpretation of data obtained from cytopathology tests.

During a typical Pap test, cells are positioned on a glass slide, fixed, and stained using a mixture of dyes. To look for anomalies in the cells, such as morphological or nuclear feature changes, light microscopy is performed.

Cell samples are deposited in a vial of preservative for examination in the more current automated liquid Pap test. This screening method has proven to be more accurate at diagnosing the issue when compared to a traditional Pap test.

What types of cytology?

Exfoliative cytology and intervention cytology are the two primary categories, or branches, of cytology.

Nearly all parts of your body can be examined with cytology testing by medical professionals. Typical cytology test types include:

Cancer of the breast.

What is exfoliative cytology?

Exfoliates cytology is a branch of cytology in which the pathologist analyses cells that have either been naturally “shed” by the patient’s body or that have been actively scraped or brushed (exfoliated) from the tissue’s surface.

Examples of manual tissue brushing or scraping used in exfoliative cytology include:

Gynecological samples: The most popular form of exfoliative cytology is a Pap smear, which involves removing cells from your cervix with a swab. 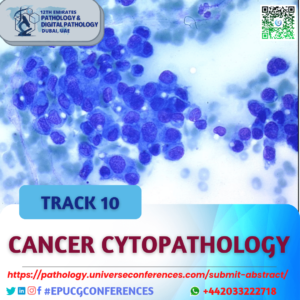