The field of digital pathology is a branch of pathology that focuses on data management using data derived from digitalized specimen slides. Digital pathology makes use of virtual microscopy through computer-based technology. Glass slides are transformed into digital slides that can be managed, shared, viewed, and analysed on a computer screen. The field of digital pathology is expanding and has applications in diagnostic medicine, with the aim of achieving effective and affordable diagnoses, prognosis, and prediction of diseases due to the success in Artificial Intelligence and Machine Learning. Whole-Slide Imaging (WSI), which is another name for virtual microscopy, is practised.

Although the concept of digital pathology has been widely adopted during the past ten years, it is not entirely new. The idea of digital pathology has been around for more than a century, when scientists first created specialised tools to transfer microscope images onto photographic plates so that they could be saved, used later, and shared with other researchers to help them understand pathology.

The increasing adoption of digital pathology has also been aided by major advancements in computational and storage technologies, along with equipment advancements.

Digital pathology has become firmly established in contemporary clinical practise as a result of the development of whole-slide imaging, the accelerated speed of networks, and the more affordable, more accessible storage options. This has significantly advanced our understanding of the nature of the disease.

Deep learning has raised the profile of artificial intelligence in recent years (AI). In computer vision, where the feature detection could not be accomplished properly by writing image analysis algorithms, deep learning has surmounted significant obstacles. A deep learning network may mimic expert human performance by learning extremely complicated visual properties only from image input. Deep learning takes a large amount of data and computing power. 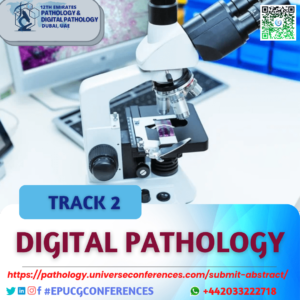