Gynecologic pathology is a branch of medical pathology that focuses on the investigation and analysis of diseases affecting the female genital tract. Gynecologic pathologists are doctors who specialise in this field of medicine. The word “gynaecology” derives from the Greek words “gyno” (from “woman”) and “a study of,” respectively).

The tissue-based diagnosis of illnesses of the female reproductive system is a specialty of gynecologic pathologists.

The vulva, vagina, cervix, endometrium, fallopian tube, uterus, and ovary are all included, as well as non-neoplastic disorders that affect these organs.

In general, gynecologic illnesses affect the female reproductive system. These conditions include infections, endocrine disorders, benign and malignant tumours, illnesses connected to pregnancy, and cancer. Malignant tumours are the leading cause of death among them. Some of these disorders’ causes have been clarified in recent years. For instance, it has been demonstrated that one of the key etiological variables linked to cervical cancer is infection with the human papillomavirus. Hereditary ovarian cancer has been linked to the tumour suppressor gene inactivation BRCA1. Despite these insights, it is still unclear what the majority of gynecologic disorders’ molecular causes are. The focus of this chapter will be on disorders associated with pregnancy that are generally well understood, as well as benign and malignant malignancies of the female reproductive organs.

Even while irregular periods or uncomfortable cramps can be frequent problems for women, this does not mean that they must accept them as the norm. Menstrual disorders, urine incontinence, and other illnesses have symptoms that can be relieved and, in many cases, cured by a variety of surgical and medical intervention procedures. If you experience particularly painful cramps, intense abdominal discomfort, heavy and/or prolonged bleeding between periods or during sexual activity, speak with your healthcare provider as these symptoms may indicate a more serious women’s health problem. 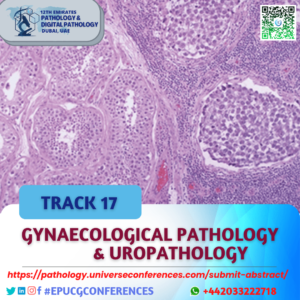