The study of disease is called pathology. It serves as the connection between science and medicine. It serves as the foundation for all facets of patient care, including diagnosis, treatment recommendations, and the use of cutting-edge genetic technology for disease prevention.

Pathologists are medical professionals and scientists who specialise in disease and illness. They apply their knowledge to support many facets of healthcare, from advising physicians on the proper management of common illnesses to applying cutting-edge genetic technologies to treat patients with fatal illnesses.

In the Middle East during the Islamic Golden Age and in Western Europe during the Italian Renaissance, the scientific method was first used to the study of medicine. This development can be linked to the history of pathology.

Early in the third century BC, the Greek doctors Herophilus of Chalcedon and Erasistratus of Chios performed the first systematic human dissections.

The Arabian physician Avenzoar is credited with performing the first postmortem dissections (1091–1161). Most people agree that Rudolf Virchow (1821–1902) is credited with founding microscopic pathology. The majority of the first pathologists were also working doctors or surgeons. Also consider Egyptian mummification as an example of early embalming and post-mortem organ removal, as shown by premodern necropsy.

The earliest use of the scientific method in the realm of medicine was in the early understanding of illness origins, which emerged in the Middle East during the Islamic Golden Age and in Western Europe during the Italian Renaissance.

The anatomy and pathology of the human spine were originally studied by the Greek physician Hippocrates, who is regarded as the father of modern science in medicine.

The earliest known examination of illness took place in Egypt before 1500 BC. A brief history of anatomy and the diseases that this society was facing at the time are covered in ancient scrolls. Numerous embalmings, the preservation of corpses from degradation, are credited by many scientists as the source of their knowledge. Despite gathering this knowledge, it is believed that they lacked a plan for putting it to use in the treatment of certain diseases like gallstones or abscesses.

Around 300 BCE, the Greeks began examining the human condition and applying what they discovered to better people’s health. This is where pathology really began. Actually, the Greek terms pathos, which means “suffering,” and logia are where the word “pathology” originates.

Hippocrates, often referred to as the “Father of Medicine,” was regarded as one of the greatest physicians in classical Greece. In sixty of his books, Hippocrates made use of science to choose the best course of therapy for his patients. Both Greek and Roman medicine were affected by his discoveries, and his writings and experiences

Galen, a Greek physician who was born in what is now Turkey, made more pathological discoveries by dissecting animals. Galen performed animal dissections and recorded the physiology of the creatures, despite the fact that this was not a usual practise in his day. This made it easier for him to understand the significance of the body’s many systems and how inflammation may affect them. 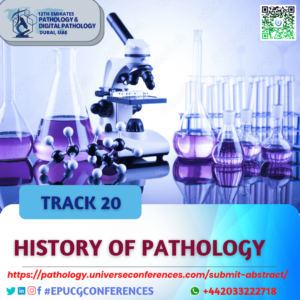