The majority of diseases are found in developing nations, however there are few and difficult to acquire resources for health treatment and diagnosis. Pathology, a discipline essential to many other healthcare workflows, is one area where this is most noticeable. Pathologists are in short supply everywhere, but underdeveloped nations are severely impacted.

The medical field of pathology is responsible for giving patients and clinicians diagnostic data. It affects almost every area of patient care, including the diagnosis and treatment of chronic illnesses through precise laboratory testing.

The Pathology of Developing Nations

For the Western-trained physician used to the high standard of living, lengthy life expectancy, and predictable disease patterns that are common in the developed world, the practise of pathology in the developing world—where the majority of the world’s population lives—presents unique obstacles. This health care gap will unavoidably widen as our ability to fine-tune diagnoses, as well as as medicine becomes more personalised, and as technology in our pathology laboratories advances at an exponential rate. Meanwhile, many developing nations struggle to provide even the most basic pathology services.

Many pathologists and healthcare professionals have been motivated by this to try and close the gap. In addition to many other industrialised nations, the United States and Canada have several significant such projects. However, because local conditions are typically complicated, such initiatives may run into problems on many fronts, from educational and cultural to economic and political. This may be particularly difficult for pathologists, who have received extensive training to conduct complex assessments on issues pertaining to a given patient, a specific disease, or pathobiologic events. Our education does not adequately educate us to deal with societal problems, such as those in the developing countries.

Both the theoretical and practical components of help have long been sources of contention for the developed world, and significant effort has been undertaken in this area. Some claim that there hasn’t been much of a return on the $2.3 trillion that has reportedly been spent on various assistance initiatives in Africa alone over the previous five decades. Others argue that the effort has simply not been large enough and that, with enough investment from wealthy nations, inequality and poverty would eventually be abolished because the issues mainly revolve around a “poverty trap,” in which countries remain poor because they are poor. 2 Economists who work in academia or for other international organisations have done a lot of work.

Pathologists in particular are in acute shortage in the majority of underdeveloped countries. Although the number of pathologists per million people in North America and Europe ranges from 14 to 40, many developing nations only have a small fraction of this, ranging from 0 to low single digits. For instance, Tanzania has 15 pathologists servicing 38 million people, while Uganda has 18 active pathologists serving a population of 28 million. The availability of structured programmes is limited, and training is highly unpredictable. For financial reasons, training sessions are frequently brief. Conversely, trainees who are lucky enough to travel overseas and enrol in courses at Western educational institutions may find it challenging to put their newly acquired knowledge to use after they return.

This, together with financial incentives and employment market realities, contributes to an abnormally high incidence of “brain drain” from developing to developed nations, as Western nations have historically relied significantly on physicians with foreign training to fill their own labour shortages. 4 Aside from direct emigration, there is also an indirect impact when nations with relatively high levels of training, like South Africa, lose their qualified staff to the West and subsequently draw medical professionals from other African nations. Western nongovernmental groups’ and programmes’ recruitment efforts, such as those funded by the Organization for Economic Cooperation and Development, exacerbate this issue. 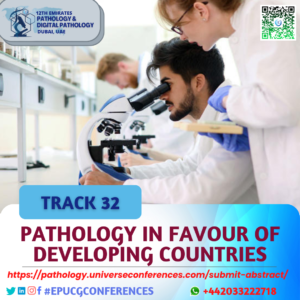 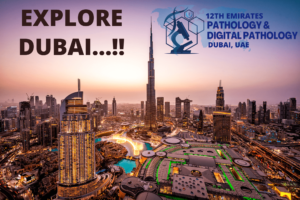 Dubai is one of the most thriving cities in the arab emirates. Beauty. After exploring this lovely city, millions of people give their all. In dubai, making it the most popular. Due to its attractiveness, City by the travellers.

Don’t pass up the opportunity to travel to your ideal vacation spots while attending the conference at reasonable costs and with reliable services.