A medical specialist known as perinatal/paediatric pathology specialises in illnesses that can impact the placenta, foetus, newborn, and child. Over the past few decades, paediatric pathology in the United Kingdom has rapidly expanded from a limited area of practise for general histopathologists.

A practising paediatric pathologist’s workload can be roughly divided into two categories:

Despite the fact that most prenatally detected illnesses, fortunately, won’t require the assistance of a paediatric pathologist, there are three key contexts in which the foetal medicine specialist may work with this service:

DEVELOP A CAREER IN PAEDIATRIC AND PERINATAL PATHOLOGY

Families greatly benefit from the work of perinatal and paediatric pathologists because they receive crucial information from them during some of life’s most trying times, such when a newborn dies or a kid is diagnosed with cancer. Despite the fact that some pathologists specialise in either perinatal or paediatric pathology, the majority of them work in both, detecting illnesses and problems that can impact anybody from prenatal children to older children.

The autopsy that perinatal pathologists perform on foetuses and infants who are stillborn or die soon after birth are a crucial component of their job. They also perform autopsy on older infants and kids, which can sometimes be done to shed light on child fatality investigations. 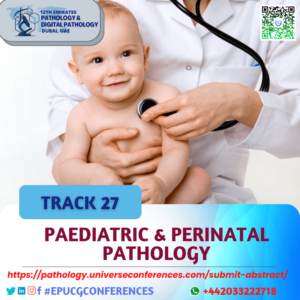